It’s been a week of great excitement with the UK release of OSIRIS on Thursday 7 February. Fittingly, I arrived home on Thursday night to discover that with perfect timing, Del Rey had sent a box full of OSIRIS books, which I greeted, as appropriate, with manic dancing, and just about managed to save from Velma’s muddy paws and claws. 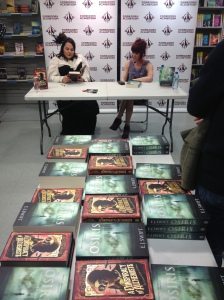 Friday was the big day: a joint launch at Forbidden Planet with Liesel Schwarz, author of A CONSPIRACY OF ALCHEMISTS. I was thrilled to be sharing the day with Liesel, who looked beyond awesome in full steampunk garb, including corset and a hat of which I professed great envy (Camden, apparently, is the place to go). The lovely people at Forbidden Planet had a stack of books for us to sign after which we were whisked out in Madonna-style headsets. We each read our prologues and had a few questions from the audience, then it was off to the Phoenix Artist’s Club, a very cool bar which I must frequent more often, for celebratory drinks and general huzzahs.

Many many thank yous are owed to the team at Del Rey UK who organized such a fabulous event and have worked so hard on the book, and to the friends, family and Twitter pals who showed up to support me – you are wonderful! I had the usual dilemma of wanting to talk to everyone and never quite managing to have a full conversation with anyone, but suffice to say it was a wonderful night, and I went home feeling deeply proud and privileged to be part of the new Del Rey UK imprint.

A few photos from the event: 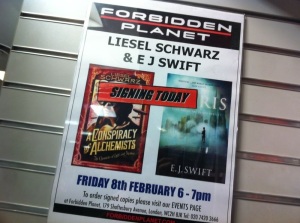 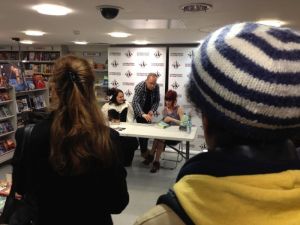 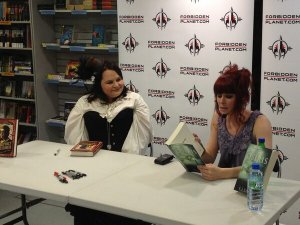 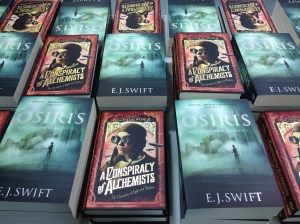 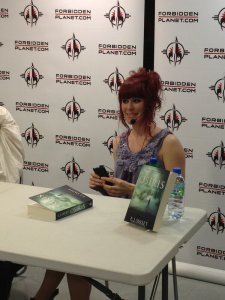 Today it has been very much back to reality and hard work as I continue editing CATAVEIRO. But the weekend has been capped off by a 4* review of OSIRIS in SFX magazine, which concludes with: ‘it’s the characters, and what their lives show us of the fascinating, stratified world of Osiris, that are the heart of this promising debut novel.’ Happy days! 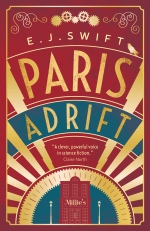 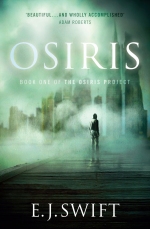 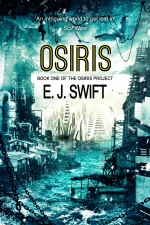 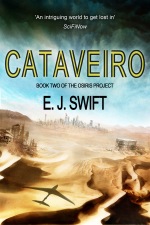 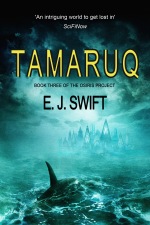